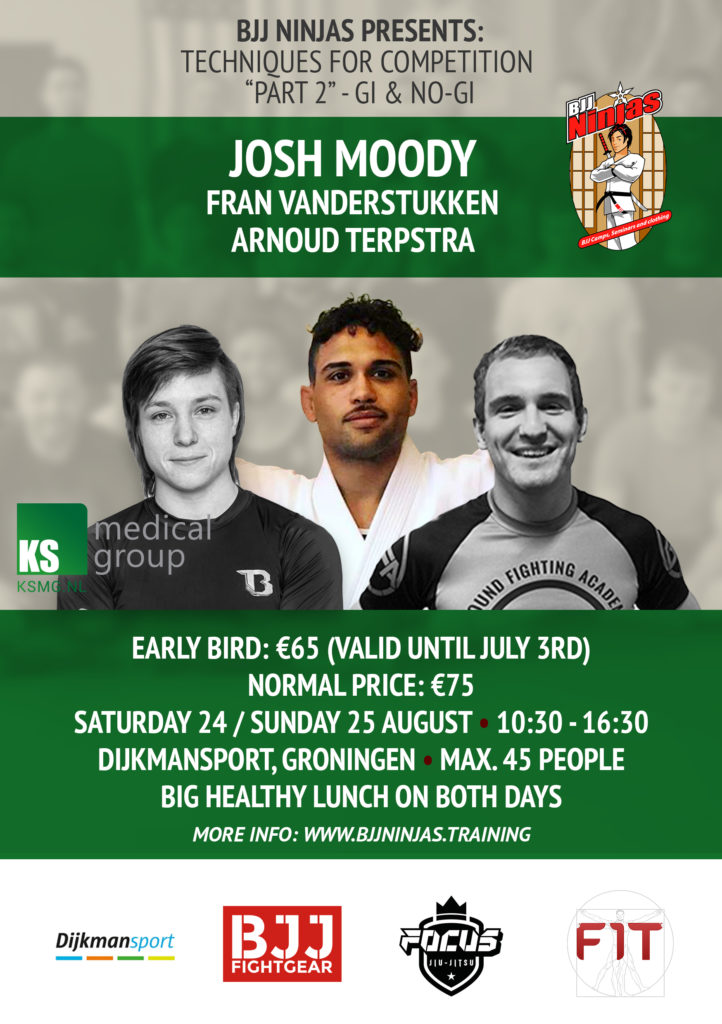 Our next BJJNinja`s event will be on august 24 & 25 at Dijkmansport. We have some great instructors who will be teaching again this weekend. 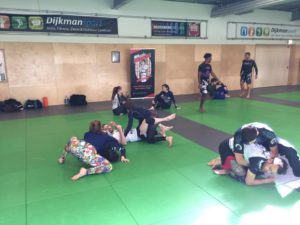 200m2 of great open mat space in a beautiful dojo

We have the entire dojo of 200m2 to our selves for the entire weekend. So you have all the space to train and roll with eachother. 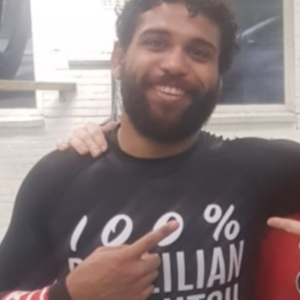 will be the main instructor for this camp, and will teach 3 sessions of 90 minutes. A Gi-Session, Wrestling 101 for competition on Sunday, and a No-Gi session also on sunday.

Josh is a pro MMA competitor and BJJ Blackbelt from the United States. He has a very mellow and nice way of teaching, and has a ton of knowledge on BJJ, Grappling and also decent knowledge on wrestling which he practiced in his early teens. Josh also did some thaiboxing. 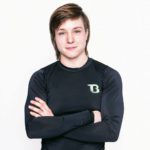 She has over 10 years of judo experience, national and international victories, 3th degree black belt, Started MMA in 2009 and practiced BJJ in function of MMA for the first couple of years, MMA record: 7 – 1 – 0 (3 amateur fights, 5 professional ones) Around 2 years ago the decision was made to focus mainly on BJJ. 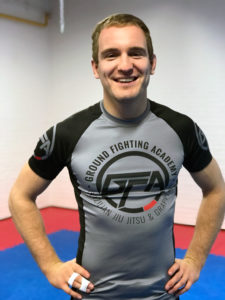 0 received his brown belt in 2016. He’s been active as a coach for many years now at different locations in Groningen, Drachten and Leeuwarden and eventually started his own team in 2014. Since then, his focus is on teaching and training in Leeuwarden.

Will teach a 75 minute No-Gi Session on sunday in which he will share his favorite techniques during competiton.